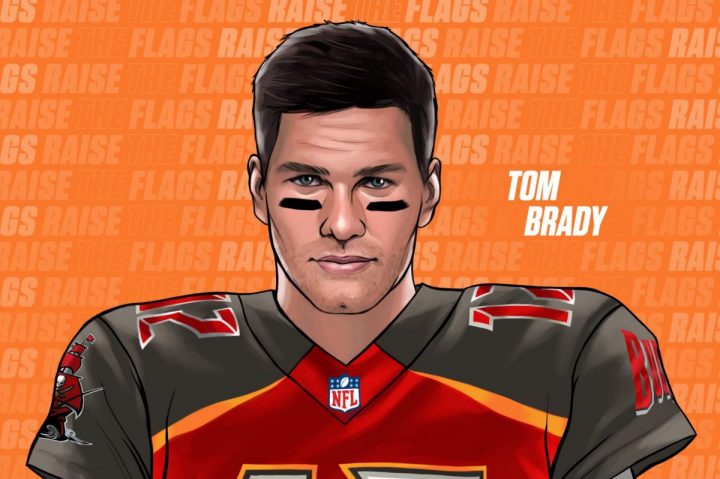 We have been in a spin-cycle of news. Never has it been so busy. Literally, I will check my phone and there will be authentic, reportable material we could air almost by the second. That never happens. And then you tell me Tom Brady is heading to Tampa Bay. What is happening? On a football front (sans coronavirus), I remember this feeling from somewhere else.

That somewhere else was Minnesota – my stomping ground and birth place. I remember the day we learned Brett Favre would be joining the Minnesota Vikings by way of the New York Jets. This was essentially Favre leaving his forever-home of Green Bay and sleeping with the enemy. Unlike the Tom Brady news, this was a rival team, an almost impossibility. But it happened and it was exciting as hell.

The whole fiasco was more than 10 years ago. It’s summed up in a great article in the Star Tribune. It was everything Minnesota needed an more. Excitement and the possibility of making it to the big one.

Ten years ago Sunday, Brett Favre descended from a clear blue Minnesota sky. An angel landing in a private jet, after years of playing the devil. Vikings fans, the media — shoot, the entire states of Minnesota and Wisconsin — lost their collective minds. The Star Tribune’s Michael Rand wrote an oral history of that remarkable day — Aug. 18, 2009 — and the Favre Frenzy that came before and after it.

We got the excitement. Play after play was a nail-biting and ‘worth the admission’ price to see Favre in a purple uniform. The big one? Not so much. But we came awfully close.

So here I am in a different state (still a Vikings fan), but loving the Tampa Bay Bucs. And now they have the best quarterback on the planet ready to suit up in red, white and a little pewter. No doubt this will be unforgettable news coverage for the time Brady spends in Tampa.

BREAKING: Tom Brady has an agreement in principle to join the Buccaneers. The deal is roughly $30M per year. (via @Rapsheet) pic.twitter.com/sW217u2PvF

Once this coronavirus lessens its grip and the world can get back to enjoying what they did before, you’ll bet football will be on the list for many (especially Americans). And closer to home in Tampa Bay, it’s sizing up to be one unforgettable season.

I’m a ‘middle-of-the-road’ kind of cook. When I cook, I feel I do a good job. But I don’t cook enough to know the rules of that road in order to be confident. Take chicken for instance. You can cook it a million ways, and I do. But in the end of the preparation there’s always that nagging voice in the back of my head ‘is it cooked enough? Will you have food...