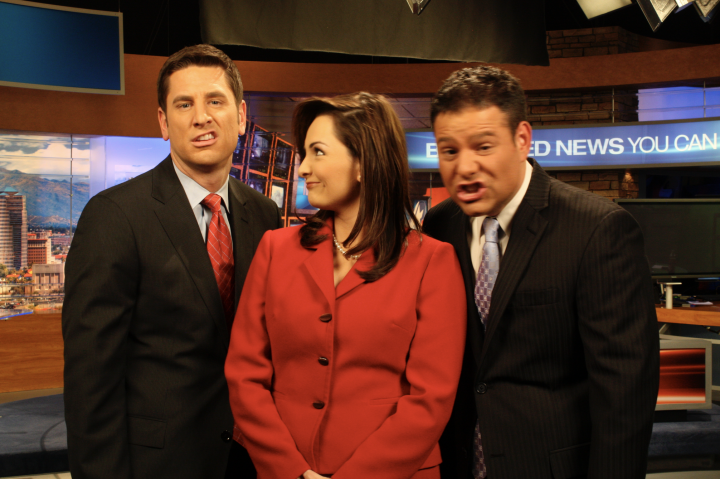 Not only was Twitter a funny word, according to this photo there were a lot of funny moments back in Tucson, Arizona. Many moons ago, I worked in Tucson. Matter of fact, it was 2005 -2010. When I first moved there from Southern Minnesota, I was in shock. Easy to understand since it was a complete cultural bodyslam. I was a kid who could barely handle ‘Extra Mild’ Pace Picante sauce, to eating Mexican food from food trucks with hot sauce stupidly high on the Scoville scale. Suffice it to say, it was an interesting, but wonderful experience. The online hijinx with this team of Lorraine Rivera, Matt Brode and me came fast and furious.

The web was coming into its form during this decade. MySpace was still relevant but now had a new player nipping at its heels – Facebook. And Twitter was just born. What in the world was Twitter? We had all heard about it, but none of us thought it was hip enough to use. It was slow to catch on in Southern Arizona.

My friend and former morning Meteorologist Matt Brode posted a clip from one of our newscasts back in 2008 or 2009 on Facebook. It was so fun to see – not only younger versions of ourselves frozen in time – but a discussion about acclimating to a new lifestyle on social media. The word ‘tweet’ wasn’t quite part of the vernacular. It was cool to say, I guess. It all made it sound like we knew what we were talking about.

I would go on to create a Twitter account in 2009. May, to be exact. And if I recall, my first tweet was about a burrito (most appropriately). Matter of fact, I just searched my first tweet with Twitter’s advance search feature. What a trip down memory lane. 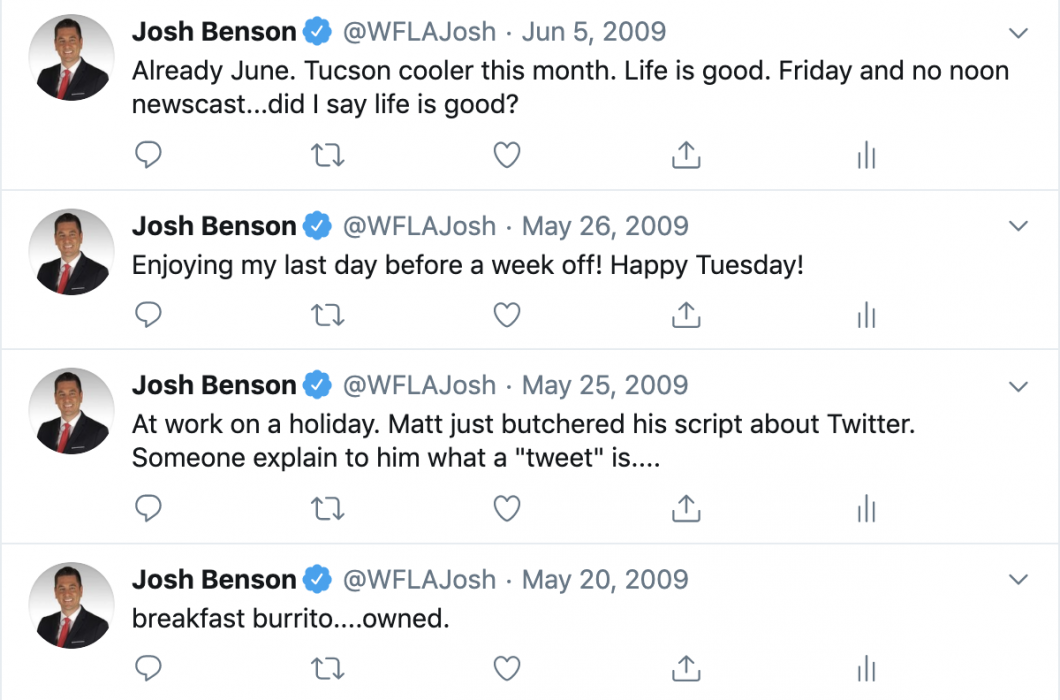 You can use Twitter’s advanced search feature to find your first tweet (or any tweet for that matter).

It was fun taking a trip down social media memory lane. Enjoy your visit. And while you’re at it, connect with me on Twitter and we can tweet together. (: